When you find a break in the winter weather, you just gotta take it! So, after hiding from 35 knot winds for four days at Factory Bay on Marco Island, we saw a 24-hour period of calmer winds and seas approaching. If we missed that weather window, we’d be staying on the island for another week. Key West was calling, so we decided to go for it! 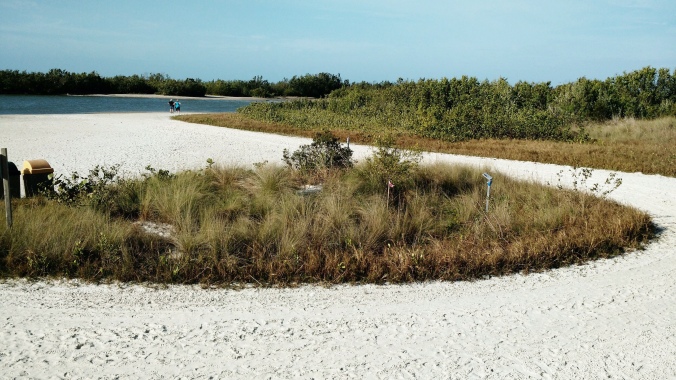 The trip from Marco Island to Key West is about 93 Miles. To put it in perspective, that’s almost the same distance as St Petersburg to Marco Island. Sanitas averages about 5 knots, so we planned for an 18 hour trip. Do the math…. we’ve only got about 11 hours of daylight, so one end or the other will be sailing in the dark. We decided it is better to start the trip in the dark, leaving a harbor we know very well, and then arrive in the daylight, at a new harbor and a new anchorage so we have plenty of daylight to help with the tricky parts. 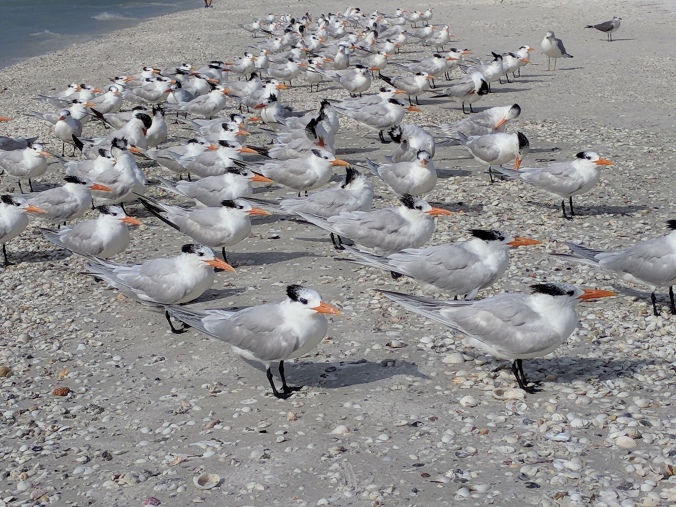 So we checked out of Rose Marina at noon, anchored in the harbor, and rested up for our big night adventure. Around 8pm, in full darkness, we were sitting below decks at the salon table looking at charts and weather forecasts, prepping for a midnight departure. When Mike looked up through the companionway and saw A BOAT about to run us over! Well, maybe not quite that dramatic, but it was definitely the bow of another sailing ship drifting into the stern of ours at a slow, but still alarming pace. I think Mike levitated from the couch to the cockpit without touching the floor or the stairs, and literally pushed the other boat away from Sanitas to avoid damage. Apparently the other boat’s anchor wasn’t well set, and she dragged and drifted with the current. We left her captain to sort out his anchor issues, but with hearts pounding and adrenaline rushing, we couldn’t get any more rest, so we decided to simply GO!

From 9pm to about 4am, we still had 15-20 knot winds on the nose and 3-4 foot seas with high frequency waves coming through every three seconds. That made for a bumpy, splashy sail and a good chance to learn how Sanitas handles in those conditions. All the sailing books say that sailing up wind is “uncomfortable” for the crew, and I now understand what that means. I didn’t really sleep on my first rest shift – just bounced around in the V-berth and kept calling up to Mike, “is everything ok?” whenever I heard a new sound. We each took turns being on watch, looking for crab pots, other boats, or changes in the weather. But our autopilot did great, and we really didn’t have any problems. We motored quite a lot, because with the direction of the wind and waves, we were only moving forward at about 1.5 knots without the motor and at that rate it would takes us days to make it to Key West!

On my watch shift at 4 in the morning, I realized that the wind had died down to almost nothing, and the seas had calmed as well – just as the weather forecasts predicted. Pretty cool to see those forecasts come true. I had an almost full moon, and a dolphin leaping beside Sanitas at sunrise. I also had lots of small rain storms, and cold temps to deal with on watch. But Capt Mike pulled the longest shifts and did an excellent job of keeping Sanitas on track and arriving at Key West right about 4:00 pm as expected. Drew and Sharon and Chris and Stan cheered our arrival at the anchorage and helped us get settled in. 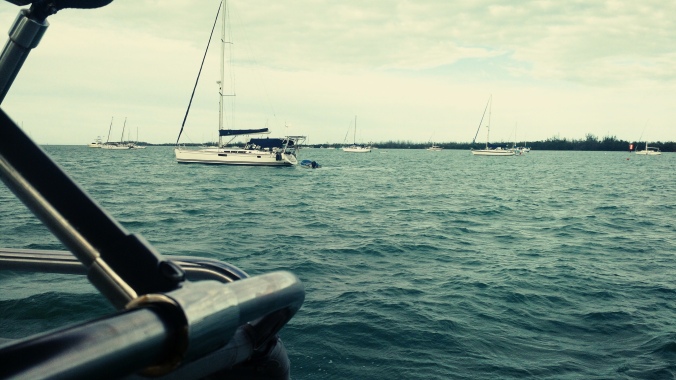 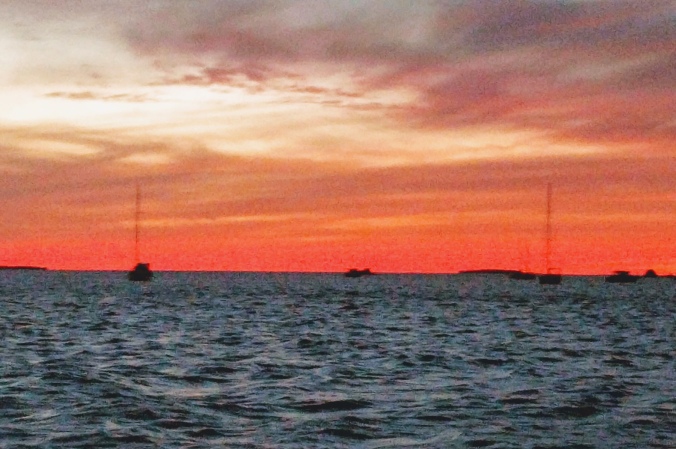 We really enjoyed our stay on Key West. The architecture and gardens in the historic district are beautiful, the people watching is fantastic, and all the restaurants have half price seafood at happy hour! We took the opportunity to be tourists for a few days, even meeting up with Anne and Tony again for a delicious dinner at Hogfish Grill on Stock Island. We celebrated to arrival of Bob and Laura from St Pete with a night out on the town at Capt Tony’s and Irish Kevin’s. And then we celebrated the arrival of Pat and Melana. Everyone winds up in Key West! And yes, I can really rock the cowbell. I’ve finally found my musical talent! 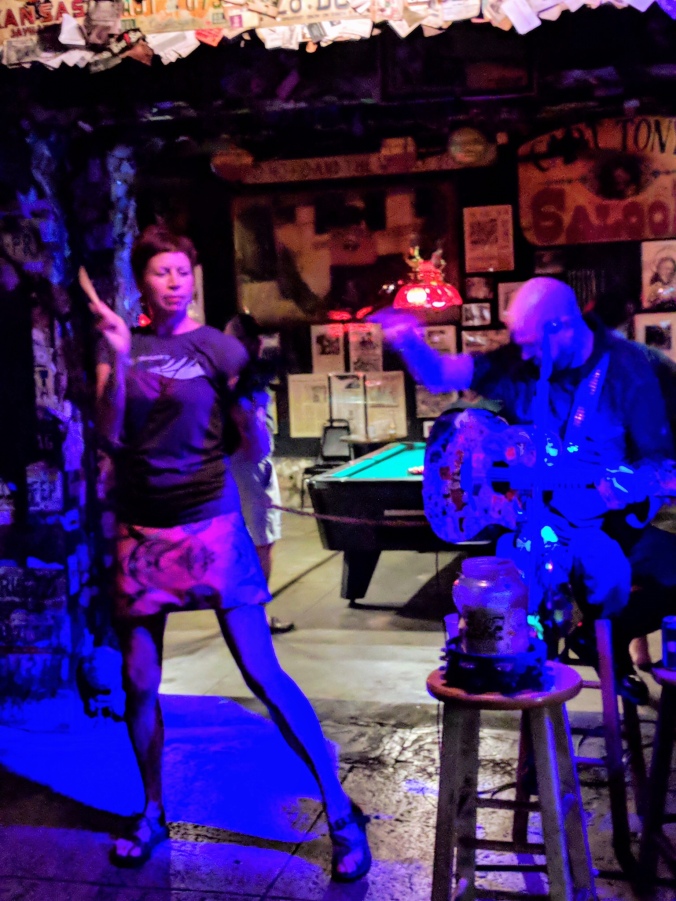 2 thoughts on “Our First Overnight Passage”