I’ve walked more than 1250km, over the better part of two months now, so I think I’m entitled to an opinion on this. And so far, I enjoyed my time walking the Camino Frances across Spain MUCH better than the Camino Central in Portugal. Now some of that could very well be mental attitude:

After two months of travel, most of it walking, it is entirely possible that I am a little bit tired. 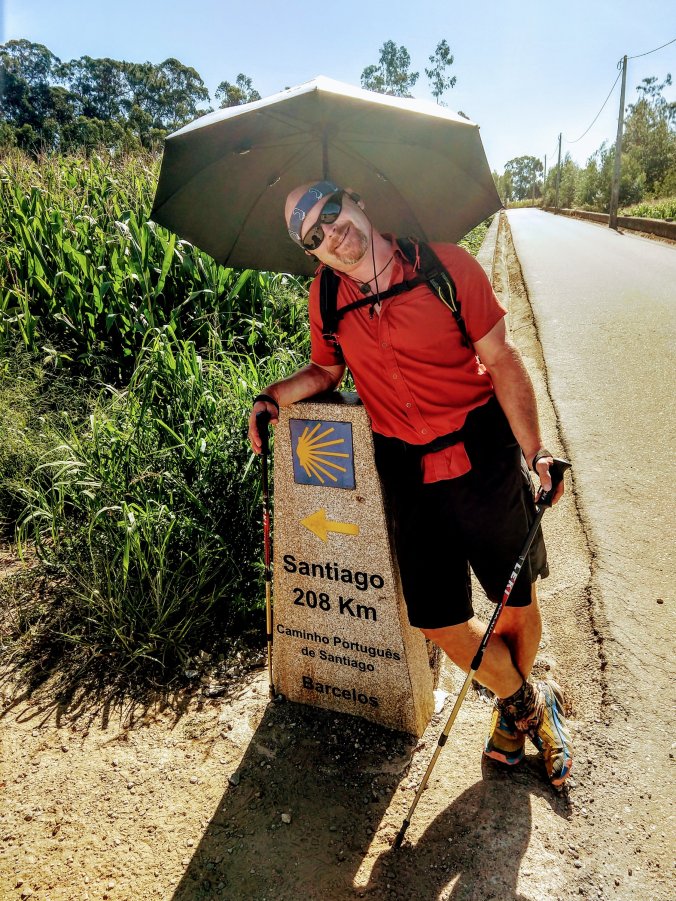 But there are a lot of external reasons that I prefer the Camino in Spain as well.

There are fewer services oriented toward pilgrims in Portugal: fewer albergues, cafes, pilgrim menus, and shops.

There is much less history and art to experience – few grand cathedrals, museums, and palaces. And the lovely white churches we do walk past are always locked. There ARE quite a few Roman bridges, but they get old.

The language barrier makes things tricky. I had finally learned enough Spanish to make myself understood ordering in a restaurant or an albergue or to ask directions. I even dusted off my high school French a few times. But Portuguese is wacky! In writing, it kind of looks like Spanish spell-checked by a drunk. But when spoken, it sounds like Martian! My entire vocabulary consists of “good morning” (bom dia) and “thank you” (obrigado).

But the biggest downside to walking the Portuguese Camino is that it is almost entirely on roads. Sometimes in the narrow shoulder of very busy roads with trucks zooming by at 60mph. Sometimes on what our guidebook describes as “delightful country lanes” which really just means narrower roads with stone walls on both sides with less frequent trucks zooming by at 60mph. And maybe worse than the traffic is the surface of these roads – small square cobblestones that twist your ankles and make your feet ache after 25-30km under the weight of a backpack.

We came upon a road crew placing the stones on a new stretch of road – fascinating! It’s very labor intensive. The road bed is covered in sand. Strings are put in place to make straight lines to guide the cobblestone placement. Then two men sit in the road with a hammer in one hand and a pile of square rocks nearby and dig a hole, place a stone, and tap it into place. Over and over again. I wish they’d just leave them all as dirt – so much better for walking! 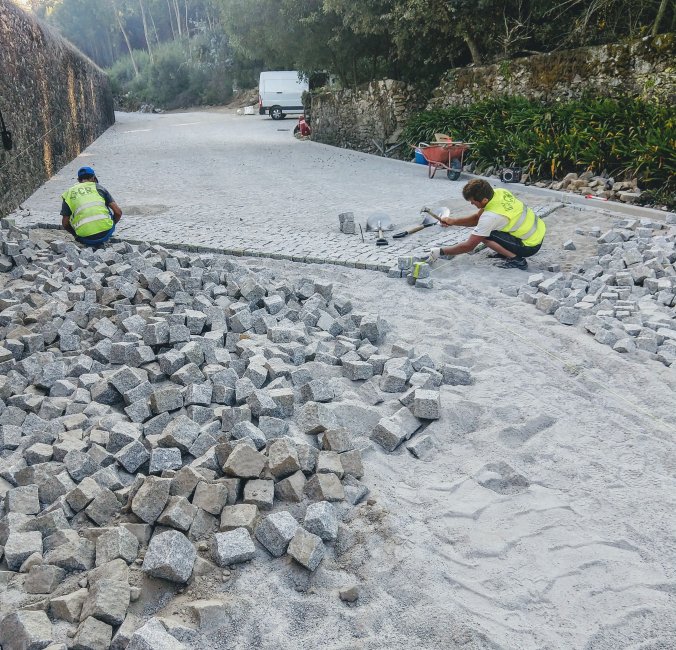 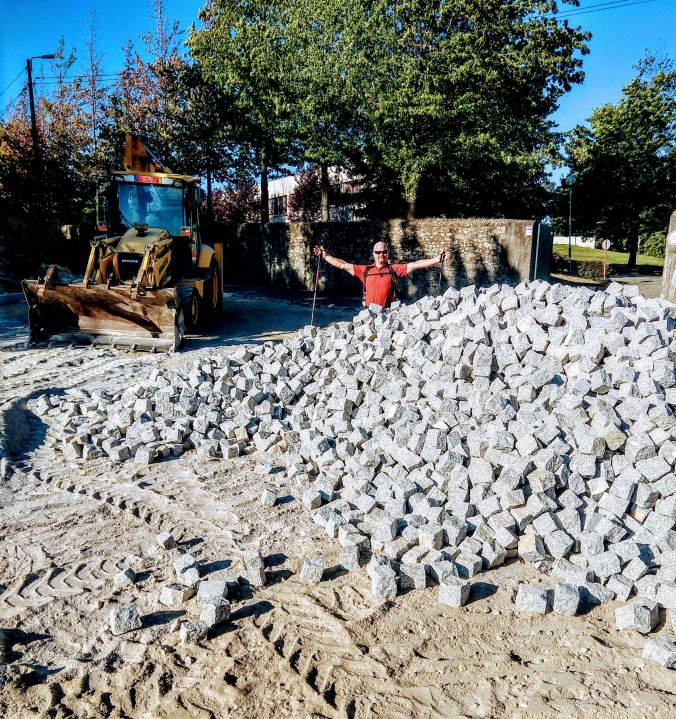 I know, I know… I’m not getting much sympathy from you as I complain about sore feet while spending two months in Europe. And you’re right! It’s time to snap out of it and enjoy the beauty of this small country. On the positive side, people are very friendly and keep warning us that we are walking the wrong way, lol. And there are way more English-speaking pilgrims than we encountered in Spain. So we get the chance to have several two-minute conversations with northbound travelers each day. And coffee and wine are both dirt cheap! There’s no tortilla option in the cafes, but cabbage soup is a pretty reliable gluten free option. And I learned how to say “without bread” in Portuguese (sem paõ). And we’re planning to take a three-night vacation from pilgrim-ing in beautiful Porto, so I think we’ll feel renewed and energized again as we continue south. Wish us luck! 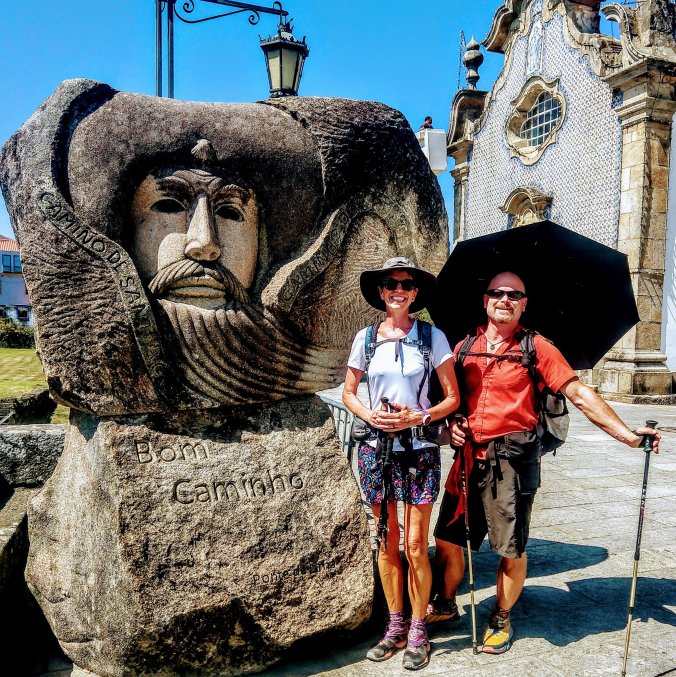