After a full day in Biarritz, these global nomads had to move on! We took a bus about an hour and a half down the coast to San Sebastian, Spain for 13€ per person. Which was kind of sad, ’cause I was enjoying speaking French and now we’re back to Spanish. Or worse yet – Basque! The Basque language is not a romance language so nothing on the signs or menus looks the slightest bit familiar to me. And almost every word has an ‘X’ in it. This would be a great language for Scrabble! 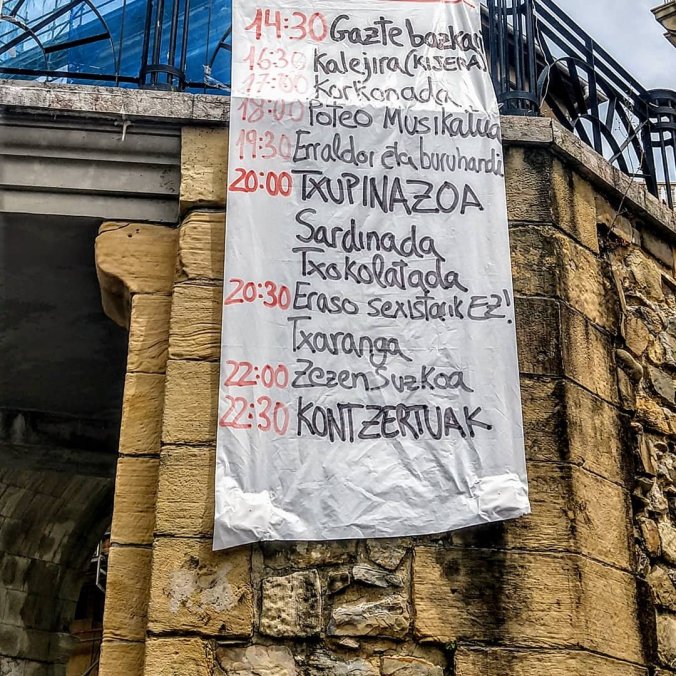 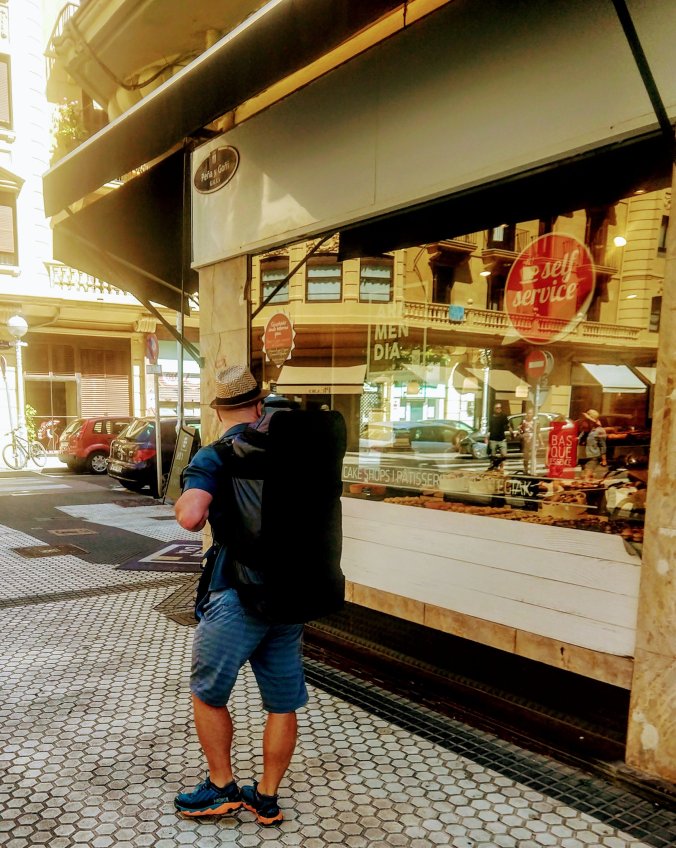 Just in case I’ve given you the impression that traveling full time is easy, let me tell you a story … I booked every night of our first week in Europe at least twice 😥 At first I was thrown off by the red-eye flight and booked an Airbnb in Biarritz on the night we were actually flying to France. (for the record, Capt. Mike reviewed my reservation before I hit the “Book” button and said it looked good) So I went back to the drawing board. Then I learned that in a crazy coincidence, some of our dearest friends from Virginia planned to be in Spain on a family vacation at the EXACT SAME TIME we would be there! So I changed the reservation again to match their tour itinerary. Just before the trip I got a text “so did we send you our updated itinerary?” Oops. They wouldn’t make it to Biarritz after all. So I shortened our stay in Biarritz and added a day at a different hostel in Spain. I’m not complaining, mind you, but it sure keeps me on my toes!

And then there’s the new city blues of getting off a bus in a strange underground bus station and trying to find your way to your temporary home for the night. If you’re still a teeny bit jetlagged the sights and sounds can be overwhelming, and it’s all I can do not to walk straight into traffic! Google maps is a godsend, but not perfect. Eventually we found our hostel in the Gros district which was everything I expected a hostel to be – slightly dirty, slightly stinky, with one bathroom for the entire floor, but in a great location! We were right above a popular pinxtos bar and restaurant which set us up for a wonderful breakfast the next morning!

In the interest of research, we checked out the beach so we could compare the Spanish coast to the French coast, and then met our friends at a cider bar for dinner. As someone who needs to be gluten free for health reasons, a cidery is heaven. Especially when I find natural, cask-conditioned, unfiltered, dry cider! The best cider I’ve had since living in England! And the best part… The bartender pours it from a great height – part aeration, and part theater. Yep, that’s his “I’m sexy and I know it” look, lol.

Did I mention the crazy coincidence that allowed us to meet up with Marybeth and Trent and their kids in Spain? What a cool experience for middle schoolers to travel to another country, play soccer with kids from around the world, and experience new cultures and new foods. (the 10-year-old boys were particularly impressed with topless sunbathers.) It was amazing to have the opportunity to spend time with them 💕

I was thrilled about the cider, but Capt. Mike’s heaven was finding an artisan ice cream shop that really does gluten free right. For 3.50€, you get 2 scoops of deliciousness in a gluten free cone. AND, when you say “soy celiac” they wash their hands, grab a clean ice cream scoop, lift up the top container of ice cream and dig into the new one underneath so there’s no cross-contamination. If that’s not enough, Capt. Mike confirms it’s the best chocolate ice cream he’s had since he visited Greece ten years ago. Heck, I don’t even like ice cream very much, and I ate some. Something tells me we’ll be visiting at least once a day while we’re in San Sebastian! 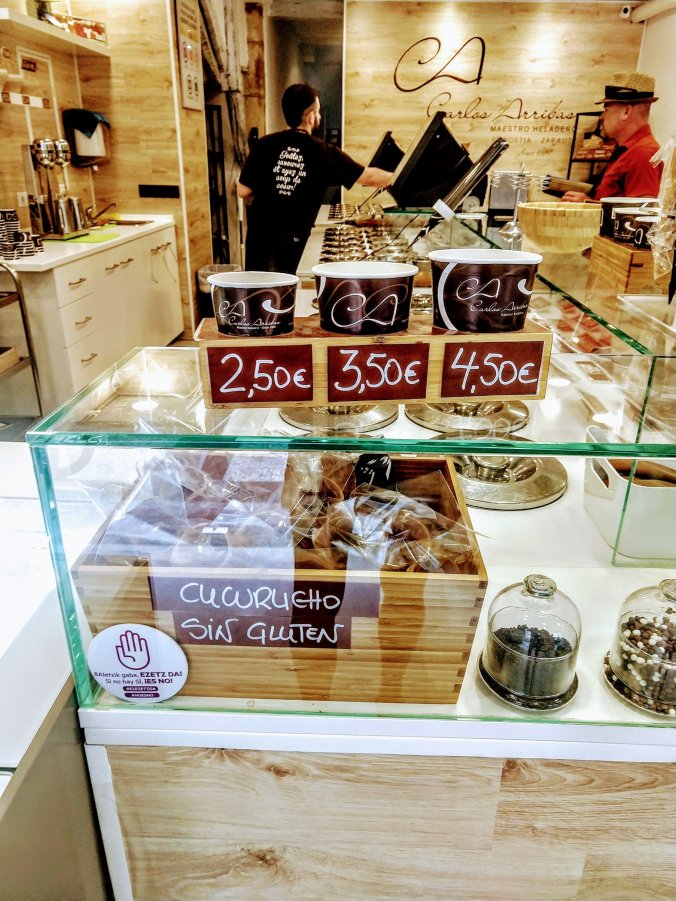