I’d heard great things about the Highbourne Cay marina since Florida. From Jack who ran the fuel dock at the Marathon Marina, to our friends Pat and Melana, to strangers who we met in various ports. So on our slow trip north through the Exumas, I was excited to spend a few nights here to explore.

After almost three months of traveling with Orion and SE of Disorder, our paths finally diverged for good at Highbourne. They headed straight back to Florida in a single, long 34 -hour passage! While Sanitas planned to slow roll the return. Yep. We’re obviously in denial about this adventure coming to a close. We celebrated our successful cruising season over dinner at the high-end Xuma restaurant (where a Kalik beer costs $8) and told our favorite stories and relived our best adventures. I feel that our lives are forever intertwined after this season of highs, lows, and helping each other through challenges both big and small. Goodbye Chris, Stan, Laura, and Bob! Fair winds and following seas until we meet again! 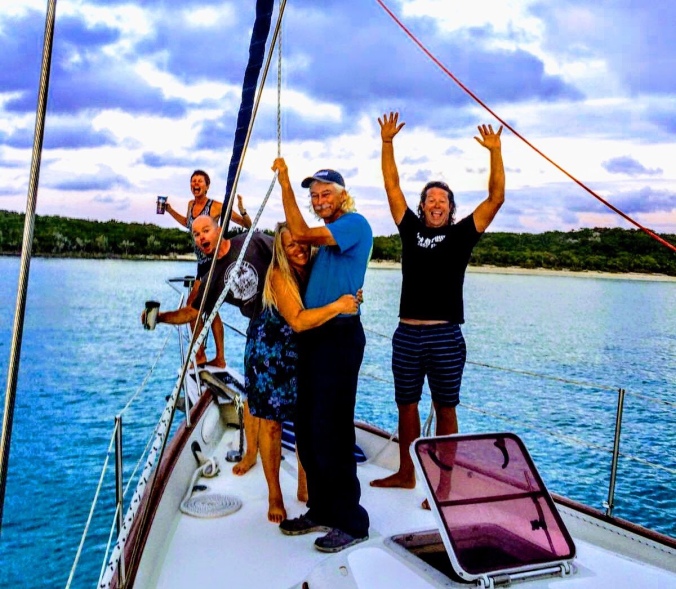 The next morning dawned loud. It was the annual Poker Run… a sponsored event of around 100 speed boats traveling from Nassau through the Exumas, complete with loud music, beer drinking, and all the accompanying shenanigans. From our anchorage just west of Highbourne, boats zoomed past so close that the wake almost sent a wave over Sanitas’ stern. Unsettling and uncomfortable, we hailed the marina and begged to be allowed to enter our slip before the usual check-in time.

Entering a marina is always interesting. This time we were the only sailboat, and Sanitas was the smallest boat by an order of magnitude. Add the Poker Run and several mega yachts queued up waiting for the fuel dock, and space was a bit tight in Highbourne marina. Capt. Mike made it look easy though, coasting to a stop perfectly positioned in our slip – one line thrown to the dock master and we were home for the next few nights. Only afterwards did he confess that we had coasted in completely on incoming current, with the engine in neutral, and therefore had no steering ability whatsoever. It’s better to be lucky than good, right? 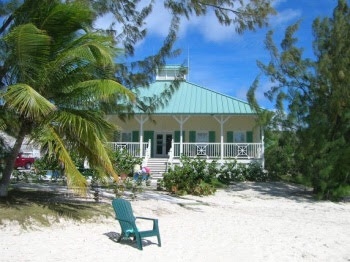 Highbourne is one of the most expensive marinas that we’ve stayed at this year. I was uncomfortable about it at first, being always mindful of our cruising budget and calculating trade offs of what’s worth spending money on. But once we started to explore, I realized that the safe slip was the least of the benefits of staying at Highbourne. The real value of a stay here is the chance to roam the private and exquisitely maintained island at your leisure, almost as if we were resort people instead of sailboat cruisers. And our fees are also supporting a bird conservation area on the north side of the island. Sign me up! I was a bit sad to observe that many of the mega yacht guests never left their floating hotels / dance clubs to explore. Well, that meant Mike and I had most of the stunning beaches all to ourselves!

The same family has owned this island since the 1950s and has invested a great deal into the gardens and accommodations. While walking or biking around the island, visitors find frequent “surprises”; beach huts and cabanas, lounge chairs and swings, and even an open air yoga studio / gym at the highest point of the island. 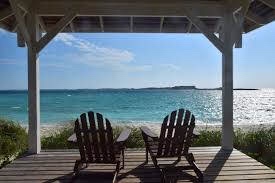 The resort staff lives in a small village within the complex, and maintains an organic farm raising chickens and goats and grown produce for the Xuma restaurant. I had a lovely conversation with mama goat. 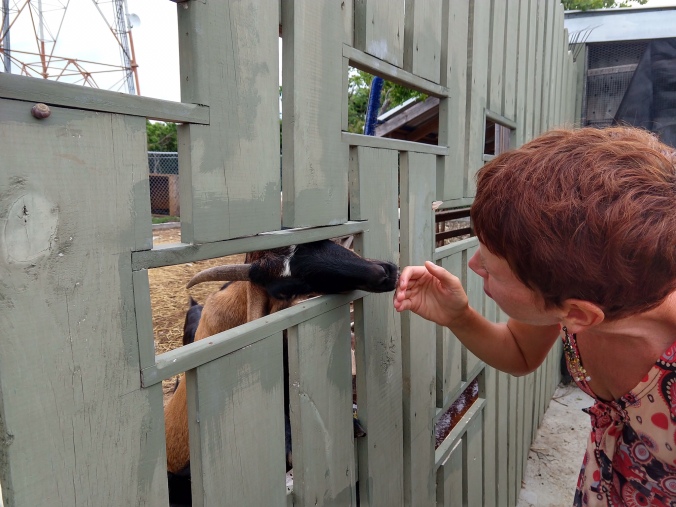 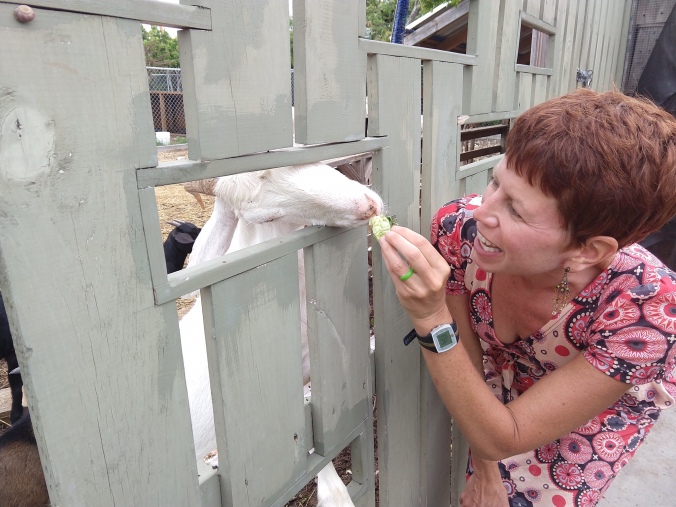 I wish I had more photos of the gardens and beaches of Highbourne Cay to share, but….. the rain started. If the theme of the first two months of our cruising season was Northerly Winds, the theme of the last month was Tropical Rains. Believe it or not, Mother Nature doesn’t keep a day planner, and hurricane season doesn’t necessarily start on June 1st. This year, the crazy winds and rains started in May, making weather watching imperative, and route planning difficult. We made the best of it by plugging into shore power and running the air conditioner, and by spending time under the many shelters on the island watching the rain from lounge chairs. Not such a bad way to pass the time! 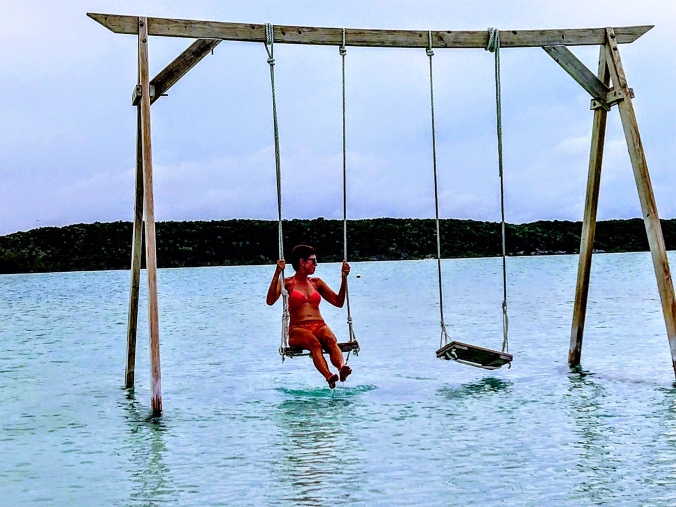 2 thoughts on “You’re not renting a slip, you’re renting an island”