Ok, remember that decision to install a composting head? Well our Nature’s Head composting toilet finally arrived and is installed. We decided to use coconut coir as the composting material because it is very renewable, and is less likely to harbor bugs than the peat moss alternative. Following advice from Carolyn of The Boat Galley, we choose Planter’s Pride Beats Peat coconut coir. It took almost a week of allowing the coconut to sit in the sun, with one cup of water to achieve a big zip lock bag of dry and crumbly coconut husk. I just kept thinking of pina coladas! Then we filled the composting compartment of the toilet, and we’re good to go!

They say we should never experience odors or other unpleasantness, as long as the liquids and solids are stored separately. But just in case, I am well armed with every possible odor deterrent, insect fighter, and wetness absorber. Take that, nasty smells and gnats! 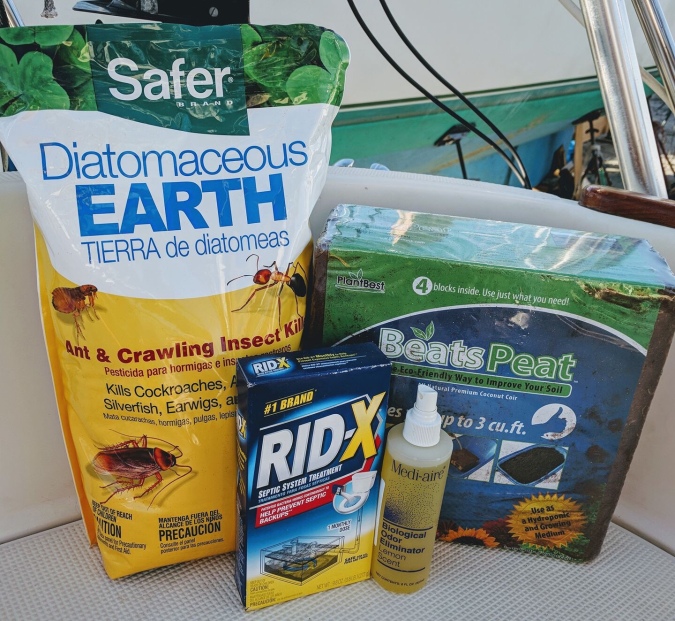 Of course, installing this toilet sounds simple, but….