Two pilgrims walk into a bar. First pilgrim says to the second pilgrim….

Ok. I don’t really know any pilgrim jokes. I need to work on that! But the day before we walked to León, we walked 21 miles from Sahagún to Reliegos and ended the day by walking into Bar Gil around 3:00 pm. Now a bar in Spain isn’t the same as a bar in the USA. Yes, they serve beer and wine, but also coffee, sandwiches, and the ubiquitous tortilla. Basically a bar is a casual place to eat and drink that’s open all day instead of a fancy white table cloth restaurant that’s only open at Spanish (late!) dinner time. 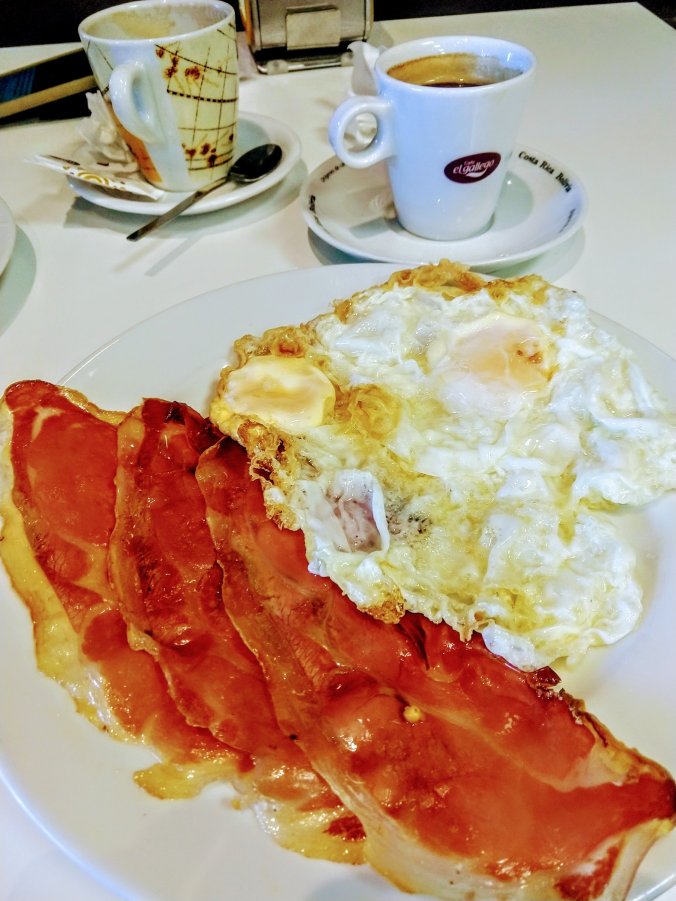 And in this case, Bar Gil also hosted a few bunk rooms for pilgrims. So we went through the albergue routine: put our hiking poles in a container just inside the door, left our muddy boots on the shelf, showed our passports and credentials, paid our 8€, and chose a bunk.

After a shower, Mike and I were sitting at a table in front of the albergue with a snack chatting with other pilgrims when a cloud of grey smoke rolled up the narrow street. Locals sitting at the adjoining tables jumped up and hurried in the direction of the smoke. So we followed. It turns out that all of the dry grasses and vegetation in a 500 sq ft courtyard had caught fire, with a spark rapidly spreading across the entire space. If the shed or house caught fire, the entire street of connected but brick and wood buildings could be lost. With no firefighters in sight, the villagers (and a few pilgrims) grabbed rakes and shovels and tarps and beat the flames out. When the worst of the fire was contained, we all took turns pouring buckets of water on the embers and stamping on the sparks. I eventually decided it wasn’t the smartest idea to do so wearing sandals! I didn’t take photos during the fire (it seemed ghoulish) but here’s Mike in full Bombero (Spanish firefighter) mode as things were calming down. When we returned to our table in front of the bar, two of the local men thanked us for helping. 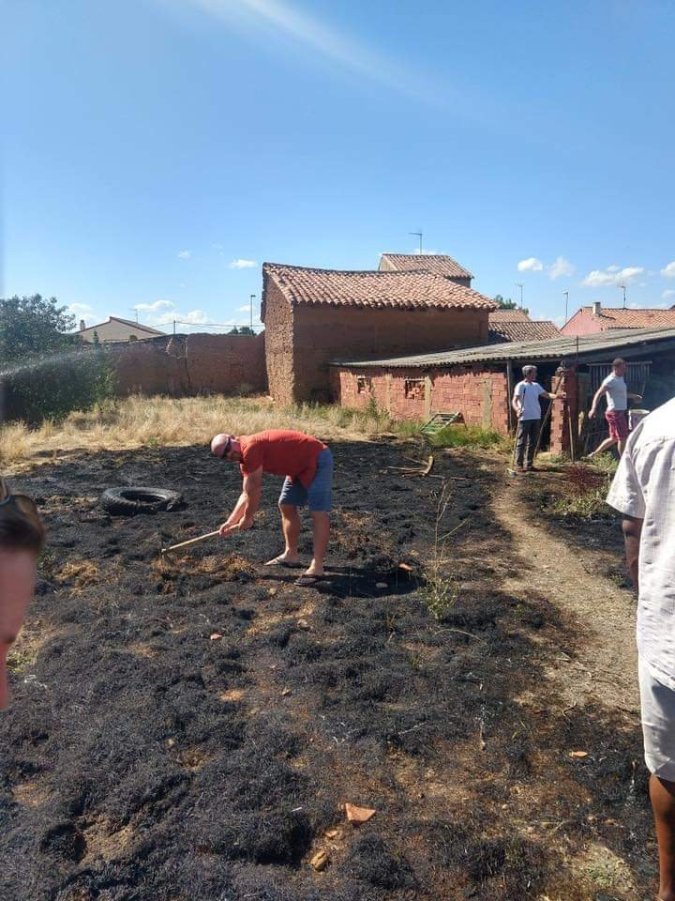 The next morning, we stayed out of the way while our French roommates packed up and got an early start. As soon as they were gone, we took over the bathroom and the floor space and did the same. As we were leaving up our boots to hit the trail I told Mike, “Um…I think we have a problem.” We had left our hiking poles in the bar which was now firmly locked and abandoned at 6:00 am. Drat!

We tried every door… Locked. I was getting ready to start knocking on the private doors to wake someone up to open the bar. Although I had no idea how is explain what I needed – in Spanish. We found an open window, moved several pots of plants and climbed through… Only gave us access to the restrooms. We found a back door with a key in the lock… Only accessed a back dining room with a few tables. But wait! Tossed in a corner of that dining room were our poles! Nowhere near where we left them. And not in any part of the building where pilgrims normally have access. Hmmmm…. Seems suspicious. But better not to think about it too hard. We had all of our gear, and we could go on our merry way. Just 45 minutes late and after quite a bit of breaking and entering. 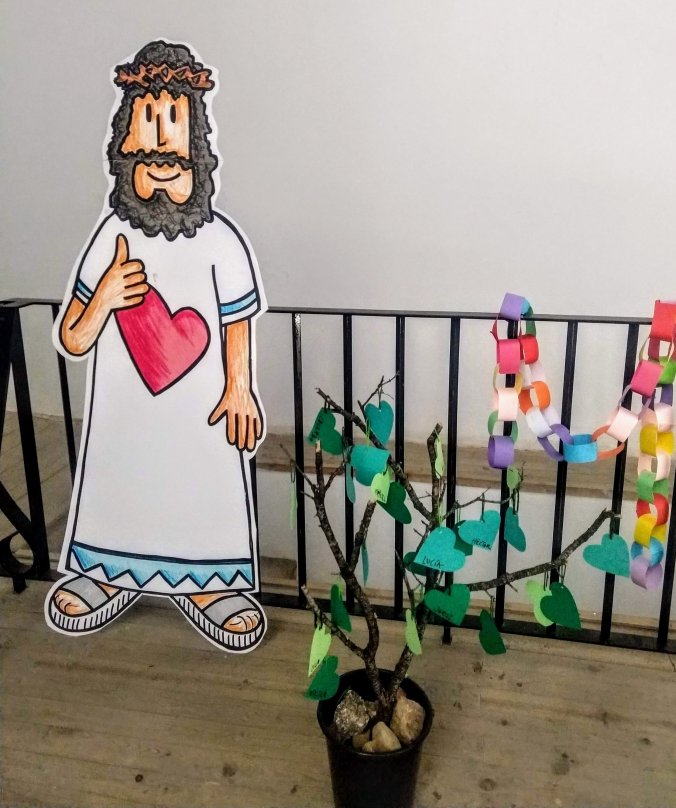 4 thoughts on “So here’s a funny story…”